So many marine science people know, that ocean acidification is definitely not a good thing. Carbon dioxide from the burning of fossil fuels (vehicles) is released into the Earth’s atmosphere, and some of which is absorbed the the oceans.

More CO2 dissolving in the ocean, decreases the ocean’s pH level. Thus- affects the ability for sea animals (such as corals, clams, oysters, anything with a shell really) to create calcium carbonate skeletons/shells.  But the effects upon fish from increased CO2 levels is not widely known. 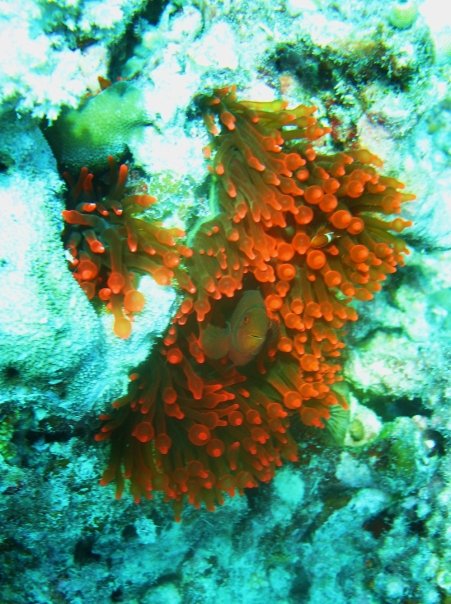 (photo taken by myself on the Great Barrier Reef, Australia)

So researchers at James Cook University in Townsville Australia- conducted a research project on clown fish (NEMO!) and damsel fish larvae when introduced to an environment of increased CO2 concentration.

First off- know that these type of fish use their sense of smell to determine if there are predators around, and to not stray too far from home.

Suggesting that there is some fundamental change in the way these fish are perceiving information about the odors being transmitted to the brain. In the study with very high concentrations of CO2- the test fish swam in waters with the scent of predators and strayed far from the reef- and 90% of them got eaten after 30 hours. 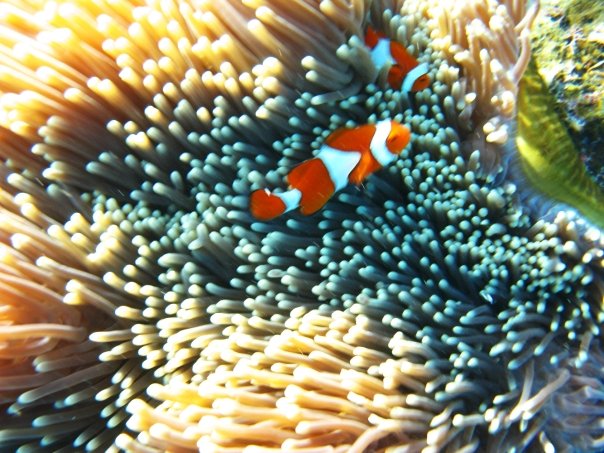 (photo taken by myself on the Great Barrier Reef, Australia)

BASICALLY THE OVERALL POINT IS:

With more fossil fuels releasing CO2 into the atmosphere- being dissolved into our oceans- could have a drastic effect on our fish populations in the future..and by effect..I mean increased death rate.